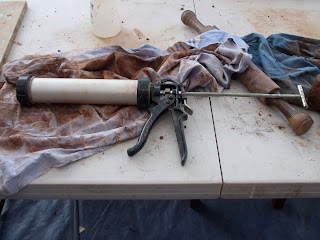 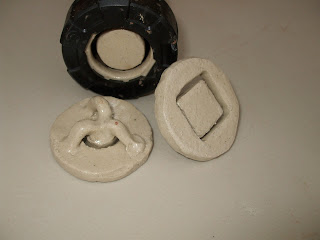 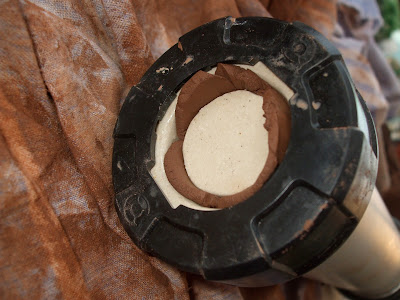 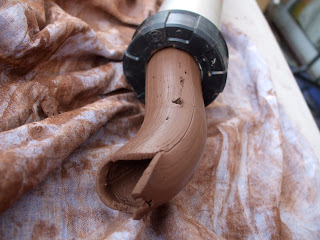 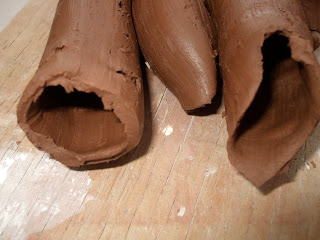 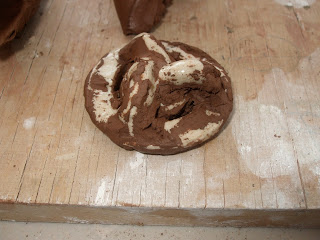 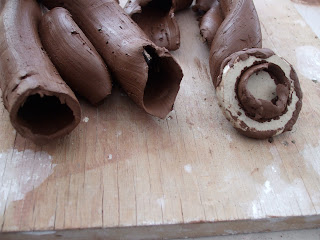 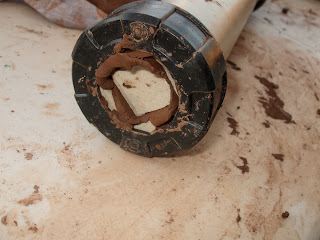 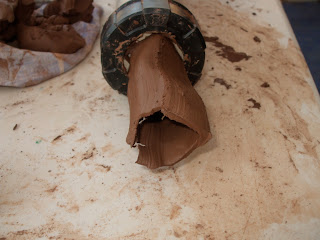 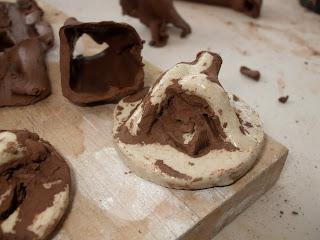 Posted by Ozone Louise Ceramics at 06:21 No comments: 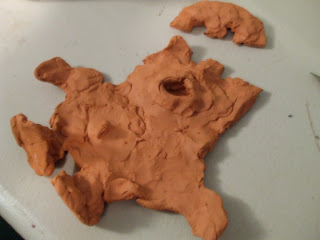 I recently had a group of kids (and some of their parents) over to play with clay. Alas, someone made a piece that exploded in the kiln, taking two pieces of kid work with it.  Disaster!

Young artists do need to learn that sometimes things happen, sometimes things don't work out, but this was not to be one of those times. I seized the opportunity to both save their work and show you what I was talking about.

The slip itself was made of a 12-egg carton (post egg), water, and roughly a litre of the same clay I intended to join. In this case, we used terra cotta. I used the stick blender to pulverize the slip quite well, but I didn't sieve it or anything like that.I just ran my fingers through it to be sure it felt smooth. 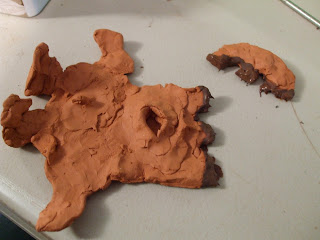 The flat man (something from some computer game I know nothing about) had a fairly clean break right across the eyes.  I dipped both halves of the break in the paperclay slip and let them dry slightly before smoothing over with more of the slip. The man is pretty delicate at this stage, so I put him on a cardboard bat to minimize stress on the join until he got into the kiln.  I treated the join on both sides, letting it dry a bit, then adding more as the drying slip receded into the hairline gap. 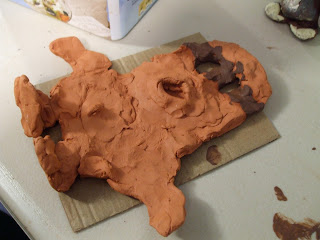 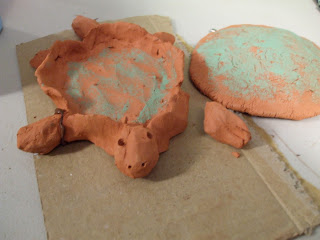 Also a casualty of the shattered piece was a turtle. Both the front arms came off, and none too cleanly.

Again, both sides dipped in the slip, then smoothed over the outside a few times to make the join stronger. 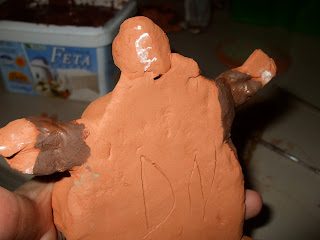 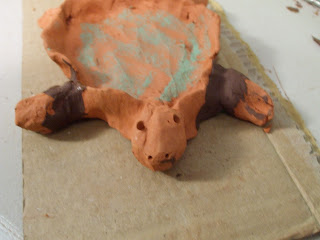 Although I have occasionally used this patch technique on my own work and glazed the pieces straight away, I decided to re-bisque these. The creations of children and beginners gets special handling over here. Raw joins are just too delicate for beginning glazers. 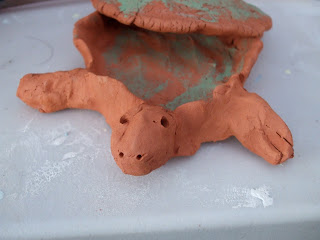 I think it's probably best to re-bisque, even if not strictly necessary. 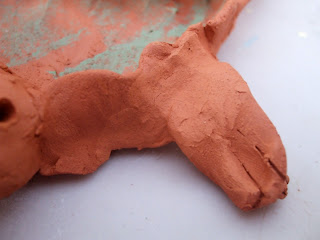 After being re-fired, the joins are vaguely visible to those who are looking for them, but the kid who made this had no idea it had broken until I told her later, after the finished, glazed piece was in her hands. 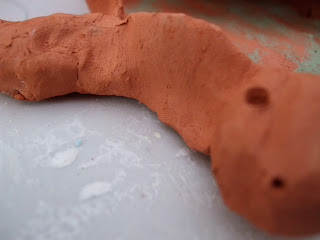 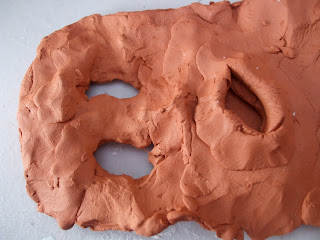 Both the turtle and the flat man benefit from being fairly rustic in their intended surface. It is possible that my joins here are actually too smooth be part of the original textures.Perhaps there is enough natural variation that I was able to get away with it. 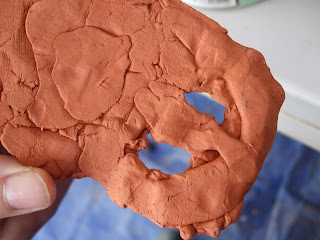 Here is the back of flat man's face. The join is a bit more obvious here if you're looking for it, but it was not a problem for the artist, who was glad it had been given a second chance.

If I had been patching pieces  with precise and smooth surfaces, I would have taken more care to build up a slight excess and then sand the join down again post-re-bisquing. 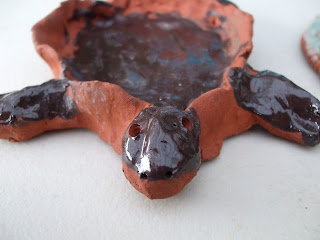 Once glazed, both pieces had the ring of an intact pot to them when struck with a metal tool, not the dull thud of a cracked piece. 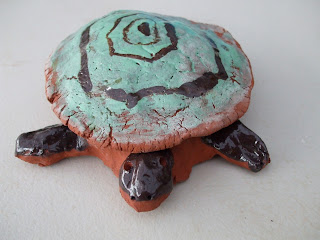 This is lovely. I would never look at this and wonder if it had ever been shattered into multiple pieces. Our little secret. 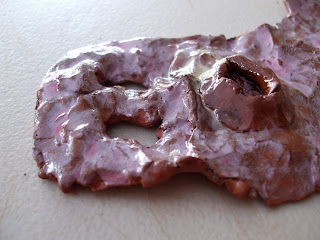 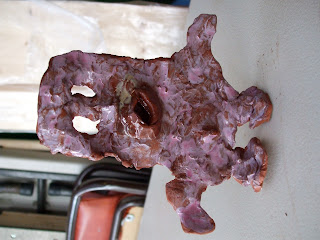 Flat man is all set to be displayed on a wall somewhere, ready to do ... whatever it is he's meant to do.  His maker is very pleased with the results.

I can't promise this technique will always work. Clay can be fickle. There are times, though, that it's worth having this trick in your arsenal, just in case there are no other options.
Posted by Ozone Louise Ceramics at 13:14 No comments: