I made some pots at Higher Fire, for that is the studio Child and I chose to join. I was pretty torn, but he was clear that he felt he could create there, and, well. Reduction. Who can resist those copper reds?

I have my coloured porcelain slips that I wanted to test on the local clays. I have a few new texture tools. I have a pint of sodium silicate. Off we go!

This one is pink and orange slips on Black Mountain clay: 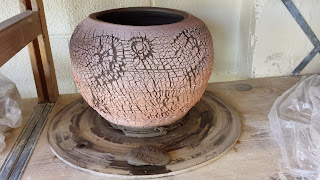 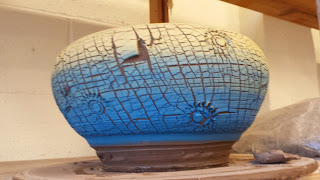 Blue and green in back, purple and yellow in front. Both Black Mountain clay: 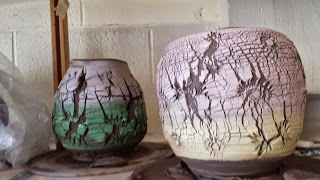 I was going to go in and trim those, but Child got ill and I thought I had better stay close to home. Here I've switched to B-Mix.  I had some cardboard shapes cut out already, so I am testing the sodium silicate and slip combo with a broomstick pot and a slab pot. Here they are with shapes, slips, and sodium silicate, just waiting to be dry enough for processing. 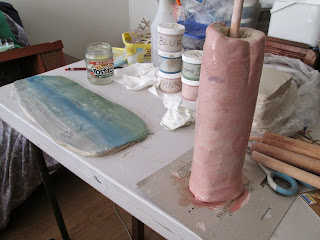 The pink and red one got touch-dry first. 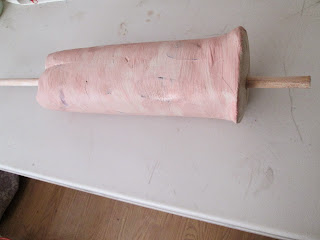 A light roll starts the cracking and reveals the shapes. The making of these shapes is the best use for Child's empty cereal boxes. 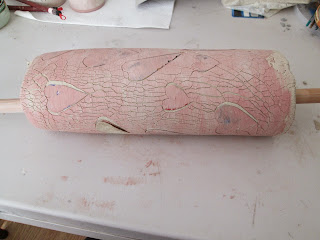 Expanded yet more with increasingly large dowels. Because I'm rolling from the inside, the cracks are not getting deep here. They compress under the pressure of rolling against the table. 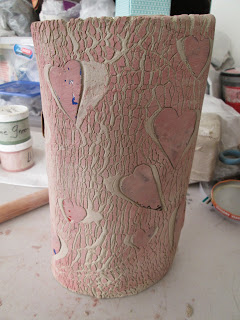 Going oval. Because I can. 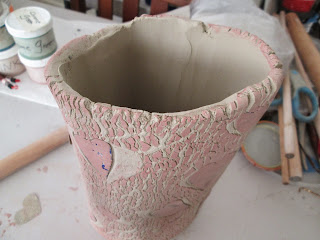 Off come the cut-outs. Because there was no sodium silicate under, there are no cracks under. There is also an exposed spreading area around the cut outs with minimal cracking. 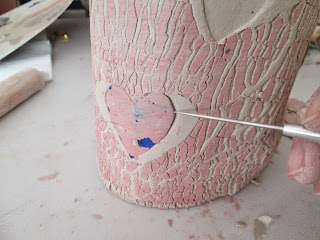 A rolled slab for the base. I set the pot on it and traced around with a needle tool. 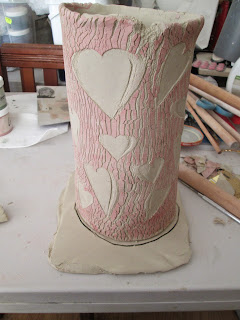 Turned over, a little water, and tapped (pounded) into place with a rolling pin. 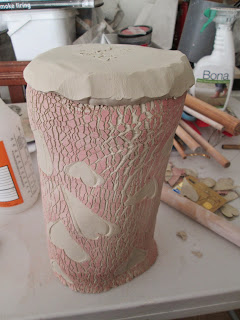 I do like feet on things. Three feet are unlikely to let the pot wobble. 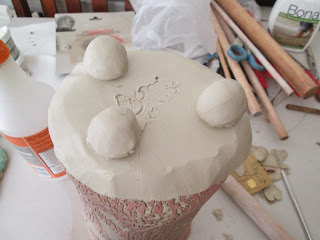 I do like a rustic look to my pots. But you knew that. 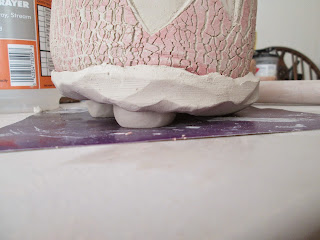 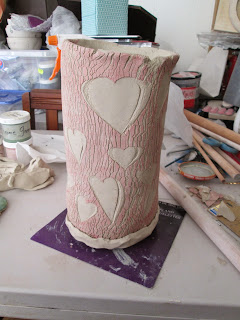 Just waiting to dry now. Once fired, I will be ready in case anyone sends me Valentine's Day flowers. Gotta plan ahead. 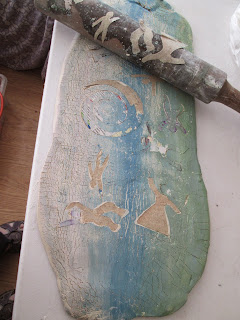 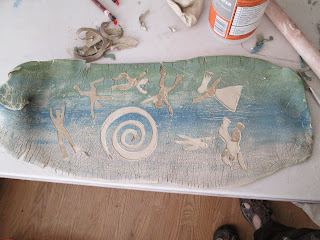 I did take off as much of the underneath layer as I could because no one wants to smell that burn. But it's only a tiny bit left now. 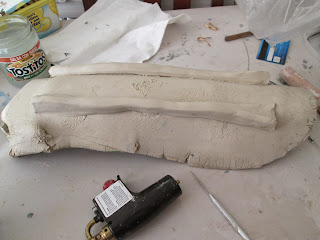 Foot rails, and a bit of drying while inverted over a water bottle. 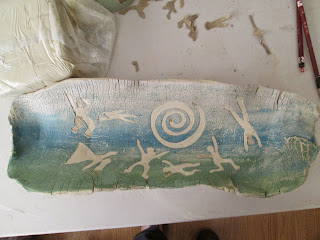 Now it's just got to dry and be fired. I think I'll glaze this one all clear so it can be used for food. Celery sticks. Cupcakes. Something.


And that is the state of the expanding clay as of today.
Posted by Ozone Louise Ceramics at 15:46